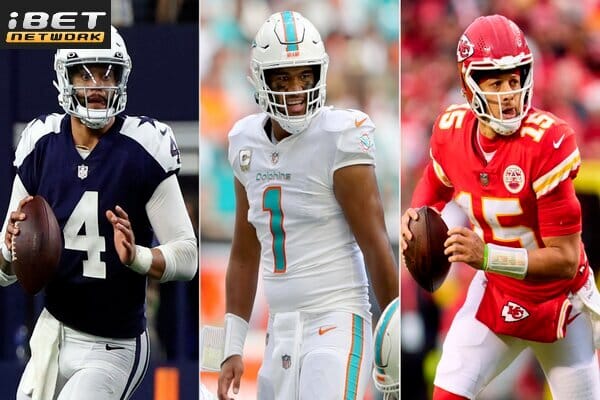 In this past week, the NFL had some amazing games that everyone loved watching. The jaguars winning the Ravens in the last minutes of the game was one of my favourites for sure. I also liked watching the Philadelphia Eagles beating the Packers and the Saints being destroyed by the 49ers. For this NFL Picks Week 13: Broncos v Ravens, Titans vs Eagles, Jets v Vikings, Dolphins v 49ers article, I will try to give all the information that you must know about these teams and where you can find the best odds.

The Broncos against the Ravens is going to be a game that I really can´t miss. After seeing the Ravens being defeated in the last game against the Jaguars where they could have won if they hadn´t missed the field goal, I`m interested to see how they are going to react after the defeat. They are now in first place in the AFC north division, having won 7 and lost 4 games since the start of the season. The Broncos, on the other hand, are the worst team in the NFL together with the Texans. Having won only 3 games, they already have lost 8 games and I really can´t see them finishing above the place that they are right now.

Even though they lost their most recent game, the Ravens are currently on a roll and will be looking to avenge their defeat from NFL Week 12 in this matchup.

Another great game that I really want to see is the Eagles against the Titans. The Eagles are making an amazing season and they are now the best team in the NFL together with the Vikings and the Bills. Having won 10 of their 11 games so far, this team is in first place in the  NFC East division and nothing seems like they are going to slow down anytime soon. I watched their last game against the Packers and I was very impressed with Jalen Hurts who I think is one of the best Quarterbacks right now in the NFL. Regarding the Titans, they are also making a very solid season, being in first place in the AFC South with 7 wins and 4 losses, they are coming to play this game after a loss against the Bengals, something that I really wasn´t expecting.

My prediction for this game is simple, the Eagles to win comfortably. Not because the Titans are a bad team, because they aren´t, but the Eagles are playing so well, that I really can´t see the Titans beating them.

Probably the best game of this week for me, the Vikings against the Jets have everything to be a very interesting game. This will be the first time that these teams are going to play against each other this season. With the Jets being in third place in the AFC division with 7 wins and already 4 losses, I watched their last game against the Bears where they won by 31-10 and I think that this team can bring some problems if the Vikings are not careful. The Vikings are very fun to watch, and I have to say that I`m a huge fan of them. Having won 9 and lost only two, they stand in first place in the NFC North division and I really can´t see them losing that spot anytime soon.

If I had to choose a team I will go with the Vikings, but of course, I wouldn´t be surprised if the Jets could get a win since they sometimes tend to surprise everyone. If they play as well as they did against the Bills and the Dolphins anything is possible.

I`m sure that another game that no NFL fan will want to miss is the Miami Dolphins vs San Francisco 49ers. For this game, I really have to say that both of these two teams are making a very good season so far. With the 49ers being in first place in the NFC West division with 7 wins and 4 losses, they have won their last four games against very strong opponents and I think they have improved a lot in these last month, something that I think every 49ers fan is happy to see. The Dolphins are also in a good position coming to this game. Having won their last 5 games, they stand in second place in the AFC East division, having won 8 games and only lost 3.

This will be the first time that these teams will face each other and if I had to choose one team I think I would go with the Dolphins, nevertheless, this is the type of game where I think that any team can win, so I definitely wouldn´t be surprised if the 49ers managed to take a win.

My top NFL predictions for Week 13 were those. What do you think? Have a look at our online sportsbooks reviews If you want to learn more about the NFL’s greatest betting odds. Check DAZN Canada in order for you to view all the games you want.