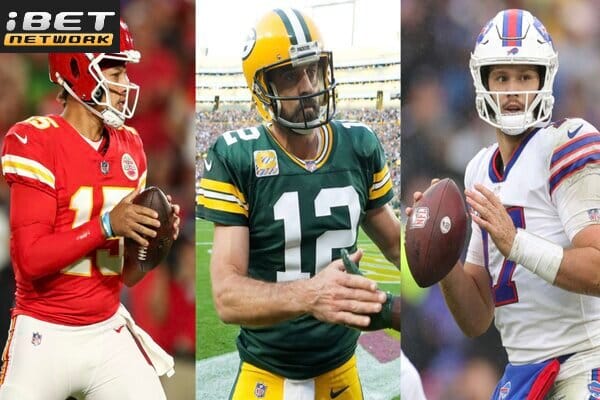 With the holiday season approaching the NFL is getting better game by game. In the past week, there were several games that took me by surprise like the Packers beating the Bears in the last minutes of the game and the Lions destroying the Jaguars. The Rams getting a 1-point victory against the Raiders in the TNF game was also a shock. In this NFL Bets Week 14: Texans vs Cowboys, Jets vs Bills, Eagles vs Giants, Chiefs vs Broncos article, I’ll go through these games and give you a selection of the best odds on each game so you can get your bets down.

It´s always nice to see two teams from the same State play against each other as the rivalry can be intense. I sometimes wish American football had derby matchups like in soccer. It will be the first time that the Texans and Cowboys play against each other this season and to be honest with you, there isn´t a surprise in which team has the higher chance of winning. The Cowboys are having a decent season so far, being in 2nd place in the NFC East division with a record of 9-3. They are coming to this game very confident as they won their last three games against very strong opponents like the Giants and the Vikings.

I’m pretty confident that the Cowboys will take this game, but we have seen some surprising results this year, so I’m tempted to bet on an upset.

The Bills against the Jets is another great game that I´m really excited to watch this weekend. The Bills are having a fantastic season so far, and there is no surprise when they have players like Josh Allen and Diggs on their team. They have a record of 9-3 and stand in first place in the AFC East division.

Regarding the Jets, they aren´t having a bad season, however, if you already saw my previous articles, you know that I think they should have been better this season. They stand in third place in the same division as the Bills with a record of 7-5. One thing to keep in mind is that they are coming into this game after a loss against the Vikings, so they might be low on confidence.

This will be the second time that they will face each other this season and I really think that this time the Bills can get a win if they play as well as they did against the Chiefs and the Patriots. Nevertheless, if the Jets already beat them, I wouldn´t be surprised if they could repeat.

The Eagles against the Giants are is a great match that I think everyone wants to see. The Eagles are without a question the best team right now in the NFL. With players like A. J. Brown, DeVonta Smith and Zach Pascal, this team seems to be always improving game by game. Their last win was against the Titans who are also having a good season, so they are coming to this match very confident. They stand in first place in the NFC East division with a record of 11-1. Regarding the Giants, they are having a solid season so far, having a record of 7-4, this team tends to surprise a lot of times when they play well. They are in third place in the same division as the Eagles.

For this game, I would have to go with the Eagles, as I usually do because I think they are the best team in the NFL together with the Vikings.

My pick: The Philadelphia Eagles with a point spread of -7 (-125 at BetoBet).

And finally, the Kansas City Chiefs against the Broncos is set up to be an interesting game as well. Being in first place in the AFC West division, Kansas City has been playing very well this season and I have to say that I was a bit disappointed when they lost their last game against the Bengals, something that I wasn’t expecting. They have a record of 9-3, one of the best in the season, together with the Eagles and the Vikings and nothing seems like they are going to slow down anytime soon.

Regarding the Broncos, things are not going well. They have only won a single game in their last 8 games, so you can clearly see why they are at the bottom of the AFC West division. This will also be the first time that these teams are going to play against each other, and I don´t have any doubt that Kansas City will win this game unless the Broncos play as well as they did against the Jaguars at the beginning of the season, but I really can´t see that happening.

My pick: The Kansas City Chiefs with a point spread of + (- at BetoBet).

My top NFL predictions for Week 14 were those. What do you think? Have a look at our online sportsbooks reviews If you want to learn more about the NFL’s greatest betting odds. Check DAZN Canada in order for you to view all the games you want.