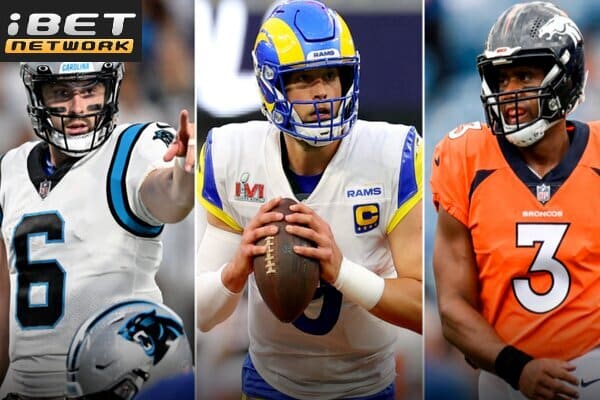 NFL Week 14 was one of the most intense since the start of the season. The 49ers destroying the Buccaneers, the Jaguars beating the Titans and the Ravens winning against the Steelers were the best matches of that week. For this weekend, there are plenty of excellent games coming up that are unmissable. In this NFL Picks Week 15: Ravens v Browns, Dolphins v Bills, Eagles v Bears article I will go over these specific games, give you my picks, and provide a selection of the best odds.

The Ravens are having a very good season and I have to say that I’m very impressed with the way that they are playing. They are now in first place in the AFC North division with a record of 9-4. Having lost only one game in their last 7, this team is on a hot streak and I believe they will finish in first place in their division.

Regarding the Browns, they are not having a bad season either. They tend to be very inconsistent. I had the opportunity to watch their last game against the Bengals where they lost 23-10 and I think that they made basic mistakes which is very frustrating considering the experienced players they have. Being in third place in the same division as the Ravens, they have a record of 5-8.

This will be the second time these two teams face each other. I do not think the Browns can beat the Ravens. In the first match, the Ravens won 23-20. And if they already beat them once, I think they can do it once again.

Probably the most interesting game this weekend, the Miami Dolphins against the Buffalo Bills has everything to be an amazing match. If you watched the Dolphins against the Los Angeles Chargers in their last game, you probably think that Miami should have done way more than they did. Things are not going well for them these last two weeks where they lost against the Chargers and the 49ers. Overall, they are having a good season, being in 2nd place in the AFC East division with a record of 8-5 only the Buffalo Bills are above them.

Regarding the Buffalo Bills, everyone knows that they are having an amazing season. With players like Josh Allen, Stefon Diggs and Dane Jackson being in the pick of their prime is not a surprise that they are in first place in the AFC East with a record of 10-3.

This will be also the second time that they are going to play against each, and I have to say that I’m very curious to see how the Dolphins are going to react after their last two defeats. The Bills are playing so well right now that I really must go with them on this one, nevertheless, the Dolphins can always be dangerous, and they won the first time they played back in September.

The Philadelphia Eagles are without a question, the best team in the NFL right now together with the Bills. Having won 12 and only lost one game against the Commanders, this team has everything to win the Super Bowl if they keep playing like this. With players like Jalen Hurts and A. J. Brown, it is not hard to understand why this team is on the top of the NFC North division.

On the other hand, the Chicago Bears have been the most disappointing team throughout this season. After watching the preseason, I think everyone thought that the Chicago Bears were going to have a very exciting season. However, things have not worked out in that way. They have not won a single game in their last 6 matches. Unfortunately, they are now eliminated from playoff contention, but they need to have some pride and win a few more games.

For this one I have to go with the Eagles, I really cannot see the Chicago Bears winning this match.

My pick: The Philadelphia Eagles with a point spread of -9 (-109 at BetoBet).

My top NFL predictions for Week 15 were those. What do you think? Have a look at our online sportsbooks reviews If you want to learn more about the NFL’s greatest betting odds. Check DAZN Canada in order for you to view all the games you want.