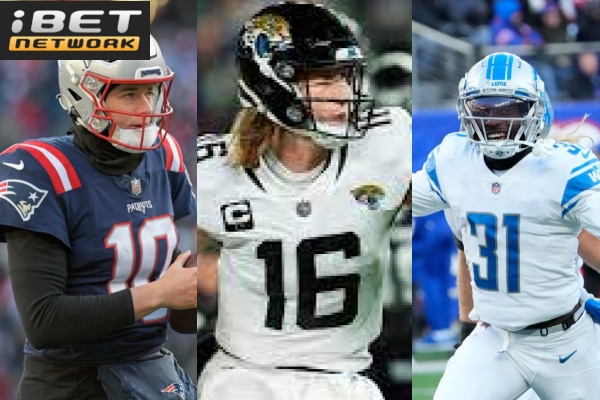 With the playoffs getting closer, some teams will do everything to get a spot in the playoffs. I’m very impressed with the Jaguars and the Ravens who are having a much better season than they had last year. In this NFL Picks Week 17: Dolphins vs Patriots, Jaguars vs Texans, Bears vs Lions article I will go through these games and give you my picks for each one. As usual, there will be an odds comparison table so that you can choose the best deal to place your bets on and get the best return.

Probably one of my favourite games to watch this weekend is without a doubt the Dolphins against the Patriots. The Miami Dolphins are very close to clinching a berth in the 2022 NFL playoffs. Being in 2nd place in the AFC East with a record of 8-7, they are coming into this game after 4 consecutive losses against the Packers, Bills, Chargers, and the 49ers.

The Dolphins tend to score 24.3 points per game while their defence allows 24.7 points per game one of the worst in the NFL. They started the season quite hot but have really dropped off.

On the other hand, the New England Patriots aren’t having a great season so far, being in third place in the AFC. With a record of 7-8, they are coming to this game after two consecutive losses against the Bengals and the Raiders, something that no one was expecting, especially against the Raiders.

There have been 114 games between the Dolphins and Patriots, with Miami holding a 60-54 advantage overall. Since Tom Brady switched from New England to the Buccaneers, the Dolphins have won five of the last six games and four in a row.

These teams are going to face each other for the second time this season. The first time was back in September in the first game of the season. The Dolphins won 20-7. The New England Patriots have to win this game otherwise they will be out of playoff contention.

My pick: The Patriots are slight favourites in this game with a -3 spread as the Dolphins are just bottling everything right now. I have to side with the Patriots as well and would choose them to win the game.

The Jacksonville Jaguars against the Houston Texans is another game that I don’t want to miss. If you saw the Jaguars playing at the beginning of the season, you would never think that they would be at the top at the end of the year. However, it seems like they finally decided to change things around. Trevor Lawrence has been outsounding in the last few matches and he is clearly in the top 5 best quarterbacks this season.

The Jaguars’ offence, which averages 367.7 yards per game, places them sixth in the NFL. With 361.1 yards allowed per game, their defence ranks 26th. Trevor Lawrence and Travis Etienne have been the best players for the Jaguars this season.

Regarding the Texans, they have the weakest run defence so it should not be a surprise that they are at the bottom of the AFC South division with a 2-12 record. They are coming to play this game after a win against the Titans, something that no one was expecting. With 16.9 points scored per game, the Texans are the second-worst offensive team in the NFL. They have improved on the defensive end of the ball, giving up 23.9 points per game. Davis Mills and Royce Freeman have been the best players so far for them.

The Jaguars are playing better, and if they win this game, they will maintain their lead in the division. Therefore, I will choose them to win.

MY PICK: The Jaguars moneyline (-188 at PowerPlay Sports).

And finally, another great game that I want to watch is the Chicago Bears against the Detroit Lions, one of the oldest rivalries in the history of this sport.

The Chicago Bears have been awful this season and is hard to see them at the bottom of the NFC North division with a record of 3-12. It´s been a while since the Bears were that team that everyone was afraid of, right now they are the worst team in the NFL together with the Broncos and the Texans.

Justin Fields has been their best player so far and the biggest problem in this team is the defence. They are the NFL team with the fewest passes defended (47).

Regarding the Lions, they are having a solid season so far, being in 2nd place in the NFC North with a 7-8 record. They are coming to this game after a loss against the Panthers in a game where they made a lot of basic mistakes.

In this contest with its division rival, Chicago will be competing solely for draft positions. On the other hand, the Lions really must win this game if they want to make the playoffs.

This will be the second time that these teams are going to face each other. The Lions won the first game 30-31.

My pick: The Lions will win this game and I think they will easily cover the spread. I would go for the Lions -6. (-109 at Betsafe).

My top NFL predictions for Week 17 were those. What do you think? Have a look at our online sportsbooks reviews If you want to learn more about the NFL’s best betting odds. Check DAZN Canada in order for you to view all the games you want.