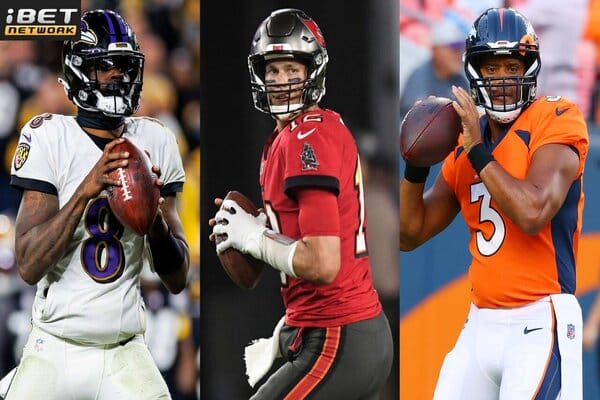 The NFL playoffs have always been full of great games with amazing moments. For this weekend we will have plenty of great matches that you want don´t want to miss. Those games are the Jaguars vs Chargers, Giants vs Vikings, Dolphins vs Bills and the Seahawks against the 49ers. In this NFL: Playoffs Breakdown, I will try to give you all the information and all the details that you must know about those teams and the best odds if you want to place a bet.

The Seahawks against the 49ers will be the first game of the Wil Card round and there are some things that we need to know about those teams. The Seahawks have one of the best defences in the NFL together with the Eagles. Geno Smith is another player that was crucial for this team to get where they are right now. Geno Smith managed to complete 69.8% of his passes. On the other hand, this team has a lot of issues when it comes to stopping the run as they let at least eight teams run 160 yards against them making them one of the poorest in the NFL.

The 49ers didn´t have a great start at the beginning of the season, however, it was after their loss against the Chiefs that everything changed for them. They are coming to the playoffs after winning 10 times in a row, more than any other team in the NFL, with Christian McCaffrey being one of the best running back this season making 67.0 rushing yards per game. I believe this team can win and go to the Super Bowl finals if they keep playing the way they are.

The second game in the playoffs will be the Jaguars against the Chargers. The Jaguars are on fire right now, having won their last 5 games, no one thought that they would make It to the playoffs after their first 5 games. The Quarterback Trevor Lawrence has been amazing in the last few games, in his previous nine games, Lawrence has thrown 15 touchdown passes and just two interceptions. His pass completion percentage is 66.3%.

Even though they are a very young team full of talent and young players, they only played against weak teams in their last matches, so this time it will be different.

The Chargers are having a great season so far even if they had many players injured. A good thing for them is the fact that Justin Herbert, the quarterback, is finally participating in games with all his important receivers available. Justin Herbert has completely 68.2% of his passes, the second-best after Patrick Mahomes.

They are coming into this game after losing against Broncos, something that no one was expecting since they are of the worst teams in the NFL.

The third game of the playoffs will be the Miami Dolphins against the Bulls. After winning the New York Jets in their last game in a match that they really had to win, Miami is coming into this game without knowing if their quarterback Tua Tagovailoa will be available for this match. Tyreek Hill and Jaylen Waddle have been amazing this season as both combined more than 3,000 receiving yards, making Miami Dolphins one of the best teams in the offensive rankings.

One thing is for sure, Miami had a very strong start at the beginning of the season, however, after a few games they started losing some players and start losing a lot of matches. Before winning the Jets, they lost 5 games in a row. The Dolphins struggle to put pressure on opposing quarterbacks and stop big plays.

The Buffalo are one of the best teams in the NFL together with the Eagles and the Chiefs. With Josh Allen having an amazing season so far, this team is more confident than ever. However, this season, the Buffalo Bills made 27 turnovers which is something that they can´t make it here in the playoffs or they will be eliminated right away. Two key players, Von Miller and safety Micah Hyde won’t be available until the next season.

One thing that we must keep in mind is that the Buffalo Bills are coming into this game very confident after knowing Hamlin is healthy.

The New York Giants had a solid start to the season, however, they went a month without beating any team. This team finished in third place in the NFC East division above the Cowboys with 9 wins and 7 losses.

They lost their last match against the Eagles. Nevertheless, the New York Giants are having a very good season so far and the last time they went to the playoffs was in 2016. Daniel Jones and Saquon Barkley have been amazing this season and it seems that for the first time, this team found their identity with their new coach, Brian Daboll.

The Minnesota Vikings have been amazing this season as they become champion of the NFC North with 13 wins and only 4 losses. They even made the best comeback in NFL history when they played against the Indiana Colts, they were losing by 33-0 points and managed to overcome winning the game by 39-36 in the overtime, something that no other team has done before in the history of the sport. Kirk Cousins has been a crucial player for them this season as he managed to complete 65.9% of his passes.

The wide receiver Justin Jefferson and running back Dalvin Cook were also two very important players to take part in this team. The only problem with this team is clearly their defence that hasn’t been that great, especially regarding the pass coverage. They really must improve that issue if they want to win against the Giants who are also having a very good season. The Vikings are coming into this game after winning against the Chicago Bears.

The Baltimore Ravens also had a very interesting season so far, however, things haven´t been the same in the last few games as they only won a single game from their last 3. Their defence was not the same after Lamar Jackson got injured when they played against the Broncos in week 13. I really feel like they are decreasing their quality as they haven´t scored more than 17 points in their last 6 matches, something that they really must improve if they want to win against the Bengals who are having one of the best seasons in a long time.

Baltimore has a strong defence to compete against any other team in the NFL, however, they will have to improve their offence. Jackson’s availability for this wild-card game against the Bengals is also unknown.

Cincinnati Bengals have been one of the best teams in the NFL together with the Eagles and the Chiefs. After winning the AFC North division with a record of 12 wins and only 4 losses, they are coming into this game after winning 8 games in a row, something that very few teams were able to do this season. This team is full of talented players with a lot of potentials. Players like quarterback Joe Burrow and running back Joe Mixon have been amazing this season. For their next game, La’el Collins and Chidobe Awuzie will not be available however, I really can´t see why they can´t win the Ravens since Lamar Jackson probably wouldn´t be available as well.

The Dallas Cowboys is another team that really is doing a very good season. They finish the season in second place in the NFC East division with a record of 12 wins and only 5 losses. In terms of both points scored and points allowed, they are in the top five. They are coming into this game after losing against Washington in a game where they clearly should have won. They are going to play against Tom Brady in the first match of the playoffs and it will be interesting to see how they are going to react after their loss. They already play against each other this season and the Cowboys lost.

Finally, Tampa Bay Buccaneers didn´t have a great season, however, it was enough to win the NFC South division with a record of 8 wins and 9 losses. They had too many injuries this year and if it wasn´t for Tom Brady I believe they wouldn´t be here playing in the playoffs. Even though they have some players injured and a lot of issues right now, I believe that they will win their next game.

And this was my article for the NFL playoffs breakdown. What do you think? Have a look at our online sportsbooks reviews If you want to learn more about the NFL’s greatest betting odds. Check DAZN Canada in order for you to view all the games you want.