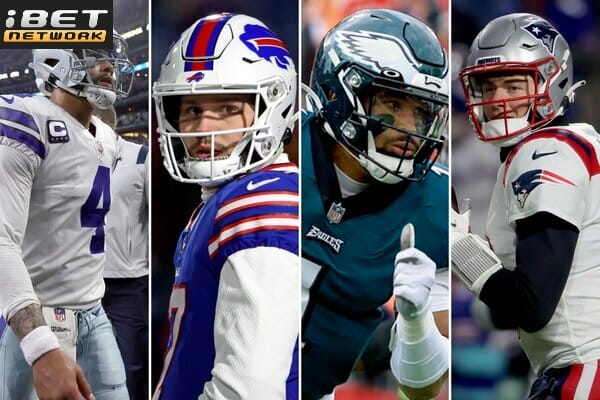 The playoffs have officially started, and I must admit that I’m very excited to see which teams progress to the next round of the competition. In this NFL Super Wild Card Weekend Picks: 49ers vs Seahawks, Jaguars vs Chargers article we will go through each game and give some stats and analysis of how we think it will go down. As always, I’ll try to offer you the greatest odds and all the details you need to know about these teams.

The San Francisco 49ers had a rocky start to the season, but their fortunes changed after a loss to the Kansas City Chiefs. The team has since gone on a winning streak of 10 games, the most of any team in the NFL this season. A key contributor to their success has been running back Christian McCaffrey, who has averaged 67.0 rushing yards per game and has been one of the top players at his position this season. If the 49ers continue to play at this level, I believe they have the potential to reach the Super Bowl finals.

The Seahawks have one of the best defences in the NFL, comparable to that of the Philadelphia Eagles. Additionally, quarterback Geno Smith has been an important player for the team, completing 69.8% of his passes. However, the team has struggled in stopping the run, allowing at least eight teams to rush for 160 or more yards against them, making them one of the weakest teams in the league in that aspect.

Despite dealing with a number of injuries, the Los Angeles Chargers have had a strong season thus far. One positive for the team is that quarterback Justin Herbert now has all of his key receivers back and healthy, which has helped him achieve a 68.2% pass completion rate, second-best in the league just behind Patrick Mahomes. However, they come into this game on the back of a surprising loss to the Denver Broncos, one of the worst teams in the NFL.

The Jacksonville Jaguars will take on the Los Angeles Chargers in the second game of the playoffs. The Jaguars have been hot lately, winning their last five games and surprising many by making it to the playoffs after a slow start. Quarterback Trevor Lawrence has been a standout player, throwing 15 touchdown passes and only two interceptions in his last nine games, with a 66.3% pass completion rate. Despite the team’s wealth of talent and young players, they have faced mostly weak opponents in recent matches, so this game will be a true test of their abilities.

And this was my top NFL Super Wild Card Weekend Picks: 49ers vs Seahawks, and Jaguars vs Chargers article. What do you think? Have a look at our online sportsbooks reviews If you want to learn more about the NFL’s greatest betting odds. Check DAZN Canada in order for you to view all the games you want.