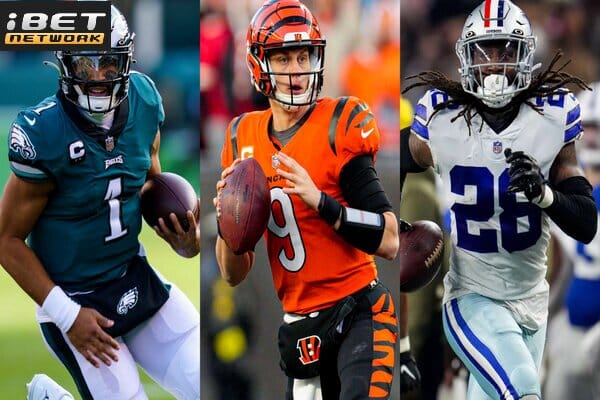 The NFL is currently on fire with Wild Card Weekend in full swing. In this NFL Super Wild Card Weekend Picks: Bills vs Dolphins, Vikings vs Giants, Bengals vs Ravens article I will go over Sunday’s games and how they might play out. I’ll offer you my picks for each game, a selection of odds from some fantastic Canadian sportsbooks, and the relevant stats behind each choice.

The Dolphins come off a crucial victory against the Jets, but it remains uncertain if their quarterback Tua Tagovailoa will be able to play in this game. Despite this, the team has been strong in their offensive game, with Tyreek Hill and Jaylen Waddle combining for over 3,000 receiving yards.

However, the Dolphins did have a solid start to the season but have faced challenges with injuries and a losing streak of 5 games. The team has struggled with putting pressure on opposing quarterbacks and preventing big plays.

The Buffalo Bills, a formidable force within the NFL, stand alongside elite teams such as the Philadelphia Eagles and the Kansas City Chiefs. With quarterback Josh Allen’s exceptional performance throughout the season, the team exudes a newfound level of confidence. However, a significant obstacle for the team this season has been the accumulation of 27 turnovers, a statistic that could prove detrimental in the playoffs if not rectified. Also, two important players, Von Miller and Micah Hyde, will not be able to play until next season.

Despite these challenges, the Buffalo Bills approach this match with optimism, as the recent news of the return to health of key player Hamlin has imbued the team with a sense of rejuvenation.

The New York Giants had a promising start to the season, however, they experienced a bad downturn mid-way through the season. Despite this, they were able to place third in the NFC East, with a record of 9-7, below the Cowboys. Their last game ended in a loss against the Eagles, not a huge surprise. Despite this setback, the Giants had a successful season overall and it’s been a long time since they have managed to make it to the postseason. The last time was way back in 2016. Both quarterback Daniel Jones and running back Saquon Barkley had impressive seasons and it seems like the team has found its direction under the guidance of their new coach Brian Daboll.

The Minnesota Vikings have had an outstanding season as they secured the title of NFC North champion with a record of 13-4. They are coming off a victory against the Chicago Bears. They also made history when they made the greatest comeback in NFL history against the Indianapolis Colts, trailing by 33 points and ultimately winning the game 39-36 in overtime. Kirk Cousins has been a vital player for the team this season, completing 65.9% of his passes.

The wide receiver Justin Jefferson and running back Dalvin Cook were also key contributors to the team’s performance. However, the team’s defence, particularly in pass coverage, has been a weakness. In order to defeat the Giants, the Minnesota Vikings will need to address and improve this problem.

MY PICK: The Minnesota Vikings have not had a great record covering tight margins this season. I still think they will win the game, but I don’t think they can cover. Take the points with the Giants +3 (-114 at iBet).

The Cincinnati Bengals won the AFC North division title with a record of 12-4. They are coming into this match on a winning streak of 8 games. One particular thing that I really love about this team is the fact they are filled with young talented players who have bags of potential. Although the team will be missing La’el Collins and Chidobe, they still have a good chance to beat the Ravens, as Lamar Jackson probably will not be available.

The Baltimore Ravens had a season filled with ups and downs, but lately, things haven’t been going as well for them. They have only won one out of their last three games. Their defence, which was once a strength, has been weakened since Lamar Jackson’s injury. Furthermore, their offence has been struggling as they couldn´t score more than 17 points in their last six games. If they want to have a chance of defeating the Bengals they need to improve those issues.

My pick: With Lamar Jackson probably out of this game, I don’t think the Ravens have enough offensive power to overcome the Bengals. Take the Bengals to cover the point spread -8.5 (-112 at BetoBet).

This was my NFL Super Wild Card Weekend Picks: Bills vs Dolphins, Vikings vs Giants, Bengals vs Ravens article. What do you think? Have a look at our online sportsbooks reviews If you want to learn more about the NFL’s greatest betting odds. Check DAZN Canada in order for you to view all the games you want.