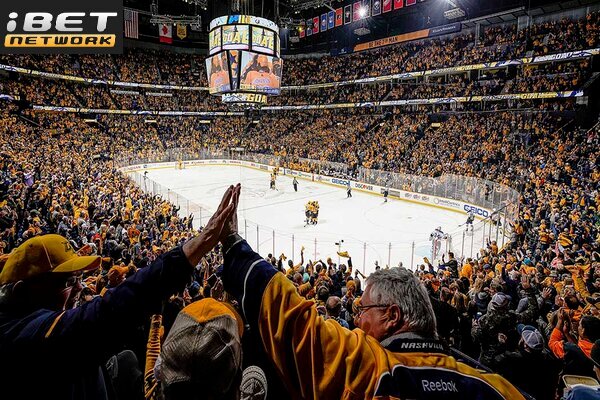 Yesterday’s NHL action was once again filled with excitement. Although I was disheartened by the Panthers’ defeat at the hands of the Rangers, I was pleased to see the Sabres defy expectations and secure a win against the Stars. In this NHL Picks: NHL Picks: Bruins vs Canadiens, Jets vs Predators, Blackhawks vs Canucks article I will try to give you the best odds and all the information about those teams.

The matchup between the Boston Bruins and the Montreal Canadiens is widely regarded as one of the most fiercely contested rivalries in the NHL. The Bruins are currently enjoying a spectacular season, occupying the top spot in the Atlantic division with an impressive record of 37 wins and only 5 losses. They enter this game on a winning streak, having secured victories in their previous five games. Their offensive output has been exceptional, averaging 3.80 points per game, while their defence has been equally impressive, allowing an average of 2.02 points per game.

In contrast, the Canadiens have struggled this season, occupying the last spot in the same division with a record of 20 wins and 24 losses. Their performance has been underwhelming, and many had higher expectations for the team. They have a modest offensive output, averaging 2.57 points per game and allowing an average of 3.64 points per game.

This will be the first time that these two teams will face off against each other this season, adding an extra layer of excitement to an already highly-anticipated matchup.

It is difficult to predict the outcome of this match, but I believe the Boston Bruins will come out on top as they have been performing well recently.

My pick: The Boston Bruins with a moneyline bet of -400 at PowerPlay Sports.

The Winnipeg Jets are having a commendable season thus far, occupying the 2nd position within the Central division with a record of 31 wins and 16 losses. Their form has been particularly impressive, having secured victory in 2 consecutive games and 5 out of their last 7. Their defence has been a standout aspect of their game, allowing an average of only 2.63 goals per game, while their offence has been equally impressive with an average of 3.31 goals scored per game. Key contributors to their success this season include players such as Josh Morrissey and Connor.

The Nashville Predators aren’t performing very well, occupying the 5th position in the Central division with a record of 22 wins and 18 losses. They recently secured a victory against the Los Angeles Kings. Marking their third win in the last four games. Their offensive output has been modest, with an average of 2.74 goals scored per game, while their defence has been similarly solid, allowing an average of 2.83 goals per game. Their leading goal scorer this season is Filip Forsberg, who has contributed 18 goals thus far.

Predicting the outcome of this highly-anticipated matchup between two of the NHL’s top teams is challenging, however, I believe the Winnipeg Jets could have a slight advantage in this encounter.

The Chicago Blackhawks come into this match with a mixed record, having won 6 out of their last 8 games, but sitting in the 8th spot of the Western Conference with a 14-27 record. They are coming into this game after a defeat against the Kings. Their defence has been a weakness, allowing an average of 3.58 goals per game, while their offence has been underwhelming with an average of 2.40 goals scored per game.

On the other hand, the Vancouver Canucks have also had a challenging season so far, sitting in the 5th position of the Pacific division with a record of 18 wins and 25 losses. Their recent form has been particularly poor, winning only 2 out of their last 12 games. Their defence has been particularly vulnerable, allowing an average of 3.96 goals per game and scoring an average of 3.28 goals per contest.

The upcoming game between two elite teams is sure to be a thrilling and closely-contested battle. While it’s difficult to predict the outcome, I would lean towards the Vancouver Canucks coming out victorious in this match.

This was my NHL Picks: Bruins vs Canadiens, Jets vs Predators, Blackhawks vs Canucks. You can check our online sportsbook reviews so you can get all the details about Canadian sportsbooks. Have a look at SNNOW to watch all NHL games.