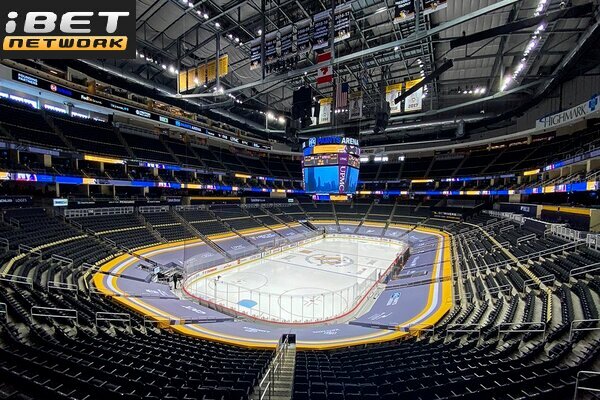 With another full week of NHL games, I have to say that I was very impressed with yesterday’s games. The Flyers defeating the Sabres and the Senators losing against the Predators were two games that I really enjoyed watching. In this NHL Picks: Canucks vs Penguins, Stars vs Islanders, and Jets vs Wings article, I will try to give you the best odds and all the information that you must know about these games.

The Canucks are coming into this game after winning only one game in their last 5. Standing in 6th place in the Pacific Division with a record of 17-19 they lost their last game against the Jets. Their offensive players are doing a good job as they tend to score 3.38 goals per game, however, their defence really needs some improvement as they are allowing 3.90 goals per game.

On the other hand, the Penguins are coming into this game after a victory over the Coyotes. Standing in 5th place of the Metropolitan division with a record of 20-13, the Penguins aren´t doing great as they tend to be very inconsistent. However, I believe they will do everything they can so they can keep the momentum and win for the second time in a row.

The Penguins tend to score 3.26 goals per game and however, they allow at least 3 goals per game, which is something that they really need to improve if they want to climb up the division.

I believe the Penguins will win this game because they have been playing better recently. This will be the second meeting between the two teams; the Canucks won the first match back in October.

My pick: The Pittsburgh Penguins with a moneyline bet of -200 at PowerPlay Sports.

The Dallas Stars are having a very good season as everyone already knows. Standing at the top of the Central division with a record of 24 wins and 11 losses they are coming into this game after a win against the Panthers of 5-1. They tend to score 3.51 goals per game and only allow 2.63 one of the best defence in the NHL right now.

The N.Y. Islanders aren´t having a bad season, however, things could be way better. Standing in 6th place in the Metropolitan Division with a record of 22 wins and 17 losses, they are coming into this game after two defeats against the Flames and the Oilers. They tend to score 3.15 goals per game and allow 2.73.

This is the type of game that any team can win, however, I think the Stars will win this one. This will be the second time that these two teams are going to face each other. The Stars won the first game back in November.

The Jets are one of the best teams in the NHL right now standing in second place in the Central Division with a record of 26-13. They are coming into this game after winning 5 times in a row, their last win was against the Canucks who are going to play against the Penguins tonight. They are doing a fantastic job when it comes to their offensive and defensive side as they tend to score 3.30 goals per game and usually only allow 2.58 per game.

On the other hand, the Red Wing is having a bad season so far. Standing in the 6th place in the Atlantic Division with 16 wins and 15 losses, they are coming into this game after losing 3 times in a row against the Maple Leafs, the Panthers, and the Devils. They tend to score only 2.97 goals per game which is not enough and usually give 3.34 goals per game.

The Red Wings will host the Jets for this match, and I’m sure they will do everything to win, however, the Jets are playing so well right now that I can’t see them losing.

This was my NHL Picks article where I covered NHL Picks: Canucks vs Penguins, Stars vs Islanders, Jets vs Wings. You can check our online sportsbook reviews so you can get all the details about Canadian sportsbooks. Have a look at SNNOW to watch all NHL games.