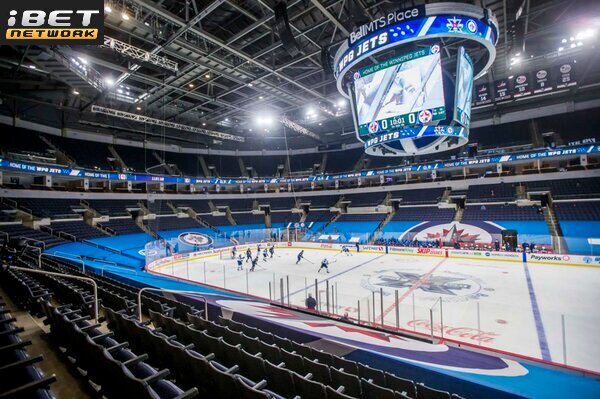 The NHL in the past few days has had some crazy moments that I really think every NHL fan enjoyed watching. The Bruins defeated the Golden Knights and the Pittsburgh Penguins beat the Buffalo Sabres, giving them a 5-game win streak, was the best moment for me. In this NHL Picks: Ducks vs Maple Leafs, Oilers vs Predators, Golden Knights vs Jets article, I will try to give you a summary of each game and where you can find the best odds if you want to bet.

The Maple Leafs are on fire right now. Having won 8 times in their last 9 games. They are without a doubt in the top 3 teams in the NHL. Having a record of 18-5, they stand in second place in the Eastern Conference just behind the Boston Bruins who are also having an amazing season. Their best players this season have been Mitchell Marner, Auston Matthews and of course John Tavares.

Regarding the Ducks, things couldn´t be worse for them. Standing at the bottom of the Pacific division with a record of 7-18, they only have won one game in their last 8. They will have to improve a lot if they want to get out of last place. However, I really can´t see that happening since they don´t have the resources for that.

This will be the second time that these teams are going to face each other. Surprisingly, the Ducks won the first match at the beginning of the season, however, this time I really can´t see them getting a win. I would have to go with the Toronto Maple Leafs.

My pick: The Ducks with a +1.5 puckline at Betsafe.

The Oilers are having a solid season so far, of course, they have many flaws as I previously stated in past articles, nevertheless, I think that they will improve with the help of Connor McDavid and Leon Draisaitl who have been two terrific players for the Oilers this season. They stand in fourth place in the Pacific Division with a record of 16-12. If they improve their defence they will become much better.

Regarding the Predators, they are doing ok, I wasn´t expecting much for them before the start of the season If I`m 100% honest with you. They are coming to play this game after two consecutive defeats, so I think that they will do whatever it takes to get back on track soon as possible. They stand in fifth place in the Central division with a record of 12-11.

For this game I think everyone would agree that the Oilers are stronger, of course, the Predators can always bring problems if the Oilers aren´t careful, however, I don´t see that happening. This will be the second time that they are going to play against each other, the Oilers won the first match by 7-4 back in November.

My pick: The Edmonton Oilers puckline of -1.5 with iBet.

On the other hand, the Jets are also in first place in their division, in this case in the Central division with a record of 18-8 and nothing seems like they are going to slow down. They only lost once in their last 7 games.

Even though both teams are playing well, this will be the third time that these teams are going to play against each other. The Knights have won the two consecutive games that they played, so I really think that they can do it once again.

My pick: The Winnipeg Jets Moneyline bet of -125 with PowerPlay Sports.

This was my NHL Picks article where I covered NHL Picks: Ducks vs Maple Leafs, Oilers vs Predators, and Golden Knights vs Jets. You can check our online sportsbook reviews so you can get all the details about Canadian sportsbooks. Have a look at SNNOW to watch all NHL games.