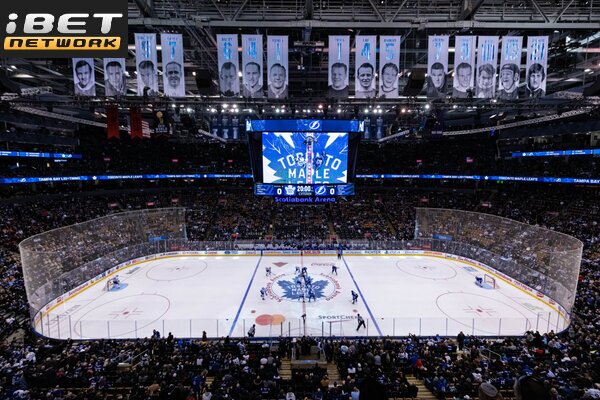 If you have watched the latest NHL games, you are probably aware of the amazing matches that took place, from the Knights beating the Bruins to the crazy comeback win by the Canucks against the Canadiens. These were just some of the amazing games that I loved watching. In this NHL Picks: Kings vs Senators, Panthers vs Jets, Maple Leafs vs Stars, Canadiens vs Kraken article you will get my picks and a selection of the best odds so you can place any bet that you want.

The Kings vs Senators game is going to be an interesting one to watch. The Kings are coming into this game after a defeat against the Hurricanes, something that I was already expecting. Their season is a bit of hit-and-miss being in third place in the Pacific division with a 13-10 record. This will be the second time that these two teams face each other this season. The last time they played, the Senators won 2-1. Regarding the Senators, we all know that they have been inconsistent since the beginning of the season. They are currently in last place in the Atlantic Division with a record of 10-13. They have a lot of flaws that need to be improved if they want to move up the table.

Even though the Senators won their last two games against strong opponents, I really think that the Kings can win this game since they have been performing better.

My pick: The Los Angeles Kings Moneyline bet of +100 with Betsafe.

Another great game that I really want to see is the Panthers against the Jets. First, both teams are having interesting seasons, but of course, the Jets are a better team right now in my opinion. With a record of 15-7, they stand in second place in the Central division and have won 4 of their last 5 games. I really think they can finish in first place if they keep playing as they are right now.

Regarding the Panthers, they are in fifth place in the Atlantic division with a record of 11-13 and they are coming to play this game after a great victory against the Kraken.

For this game, I must go with the Jets. I really think that the Panthers can cause a lot of problems If they play as they did against the Canucks, however, I can´t see that happening.

My pick: The Winnipeg Jets Moneyline bet of -109 with BetDukes.

Probably my favourite game for this week. Leafs against the Stars is going to be a very good one to watch. This will be the second time that these two teams are going to face each other, and the Leafs won the first game 3-2. I think the Stars are one of the best teams in the NHL right now, together with the Knights and the Bruins.

For this game, I think I`m gonna go with the Leafs, I think they are playing way better than they were at the start of the season and they beat the Stars before I think they can do it once again.

My pick: The Maple Leafs Moneyline bet of +100 with Betsafe.

Finally, the Canadiens playing against the Kraken away from home is another interesting match that I`m looking forward to. This will be the first time that these teams are up against each other. I have a feeling that is going to be an amazing game. The Canadiens are in 6th place in the Atlantic Division with a record of 12-11 and are coming to play this match after two defeats in a row. I had the opportunity of watching their last game against the Canucks where they were winning by 4-0 and let the Canucks win the game in overtime.

Regarding the Kraken, they are having a good season, being in second place in the Pacific Division with a record of 15-6. Their defence is one of the best in the NHL right now, only allowing the opponents to shoot 27 shots per game.

For this game, I must go with the Kraken, not only because I think they are the better team, but also because the Canadiens have a lot of flaws in their defence and tend to be very inconsistent I can´t see them winning, especially when they are not playing at home.

My pick: The Seattle Kraken Moneyline bet of -278 with iBet.

This was my NHL Picks article where I covered Kings vs Senators, Panthers vs Jets, Maple Leafs vs Stars, and Canadiens vs Kraken. You can check our online sportsbook reviews so you can get all the details about Canadian sportsbooks. Have a look at SNNOW to watch all NHL games.