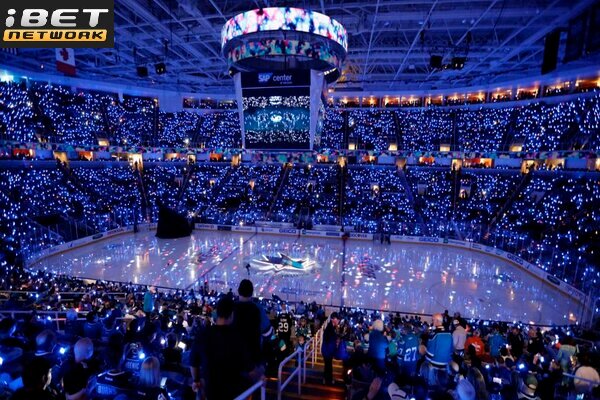 Recently, I have really loved watching some of the NHL’s amazing games. From the Penguin’s loss against the Hurricanes before the overtime period to the Senator’s loss against the Wild I think the next games will be even better. In this NHL Picks: Lightning vs Maple Leafs, Senators vs Jets, Flames vs Sharks article, I will go over everything that you need to know about the teams that I just mention and give you a selection of the most recent odds if you want to place any bets.

First, the Lightning against the Maple Leafs is one of those games that is unmissable. Both teams are having a good season, and this is a very important game to help decide which team will go to the top of the Atlantic division. The Tampa Bay Lightning is coming into this game on a 5-game win streak. Being in third place in the Atlantic division with a record of 20-9, this will be the second time that these teams play against each other. In the first game, the Lightning won 4-3. Nikita Kucherov has been the best player on this team this season together with Auston Mattews.

Regarding the Maple Leafs, they are also having a good season, as I previously stated, however, they are on a two-game losing streak, one against the Capitals and another against the Rangers. They are in second place with a record of 19-7.

Since Toronto has home advantage, I think they will win this game. The Leafs are currently undefeated at home in four games in a row.

My pick: The Maple Leafs with a moneyline bet of -138 at PowerPlay Sports.

We all know that Ottawa Senators vs Winnipeg Jets is going to be an amazing game to watch. Both teams have a very similar style of playing. However, both these teams are having completely different seasons. The Senators are coming into this game after a loss against the Wild and they have been inconsistent throughout the whole season. Being in the 7th place in the Atlantic division with a record of 14-15 it’s safe to say this season has been a bit of a flop. Brady Tkachuk has been the best player on that team this season having the most goals and the most assists.

Regarding the Jets, they are having a very good season, in 2nd place in the Central division with a record of 20-10. They are also coming into this game after a loss against the Kraken, something that took me by surprise.

It will be the very first time that they are going to play, nevertheless, I think I would have to go with the Jets. Not only they are playing better as they are also playing in their hometown, so I think this can be greatly advantageous.

My pick: The Winnipeg Jets puck line of +151 at BetOBet.

If you watched the last game between these two, you saw that the Flames controlled the entire game without allowing any space for the Sharks to create any dangerous plays. The Sharks on the other hand made so many basic mistakes that cost them the game. The first goal was an example of that. Elias Lindholm was without a doubt the man of the match.

There are a lot of things that we should keep in mind for this game. First, this game will be played once again in the Shark’s hometown, so it´s going to be very interesting to see how they will react. The Flames are very confident right now and they will do everything to win this game so they can go up in their division. However, the Flames completely dominated the Sharks last time out and I can’t see this game playing out any other way. The Flames should win the game and cover the spread.

My pick: The Calgary Flames puck line bet of +128 at Betsafe.

This was my NHL Picks article where I covered NHL Picks: Lightning vs Maple Leafs, Senators vs Jets, Flames vs Sharks. You can check our online sportsbook reviews so you can get all the details about Canadian sportsbooks. Have a look at SNNOW to watch all NHL games.