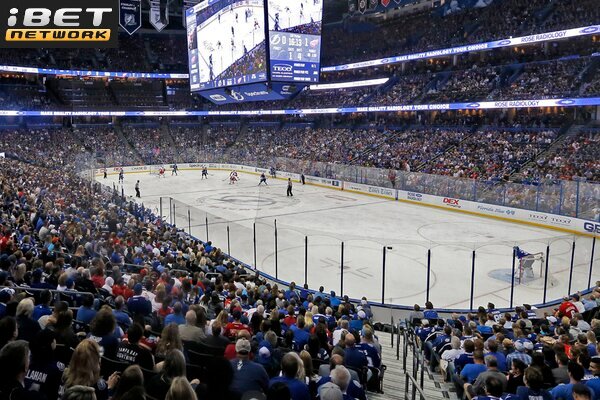 The NHL season is now more than a month old. We can already see which teams have the better chances of winning their division and which ones are not performing as well. . In this NHL Picks: Montreal v Columbus, Toronto v NJ, Edmonton v Islanders, Vancouver v Colorado article I will determine which clubs have the highest prospects of winning these matches and give you a selection of the best odds for you to place any bets.

Montreal vs Columbus is going to be an interesting game to watch. The Montreal Canadiens are in 6th place in the Eastern Conference and Columbus Blue Jackets are in last place in the Metropolitan Division. Both teams already played against each other once this season with the Blue Jackets winning by 6-4, a game that I enjoyed.

The Blue Jackets are among the worst teams in the NHL right now, having won 7 and lost 10 games. Things aren’t going in their way. Nevertheless, sometimes they tend to surprise a lot of fans as they did in their last game when they beat the Panthers 5-3. No one was expecting this.

I would go with Columbus to win this one because they had more time to rest and prepare and without mentioning that they already beat the Canadiens once this season. I really think they can do it again.

My pick: The Columbus Blue Jackets Moneyline bet of -114 with Betsafe.

Toronto is coming to this game with 3 wins and 2 losses in their last 5 games, being currently in second place in their division. They are getting better game by game, at least in my opinion. The New Jersey Devils are one of the best teams in the NHL right now, having won 16 and lost 3, they are on the top of the Metropolitan division, and it doesn’t look like they will be slowing down any time soon. This will be the second time that both teams will face each other this season, with the Devils, having won the previous game by a very short margin.

If I had to choose one team to win I have to go with the Devils, who just beat the Oilers in a spectacular way. Toronto doesn’t have enough consistency so I really can´t see them winning this game.

My pick: The New Jersey Devils Moneyline bet of -125 with BetDukes.

The Oilers against the Islanders will be the first time that both teams are going to face each other this season. This promises to be a very fun one to watch. The Oilers are coming to this game after a defeat against the Devils. They are currently in 5th place in the Pacific Division with a 10-9 record. Things aren´t going well for them this season.

The Islanders, on the other hand, are having a better season than I was expecting, with a 12-8 record. They tend to be very consistent when playing against the worst teams.

If I had to choose I think I would go with the Oilers because if Connor McDavid is having a good day is very hard to stop him. Nevertheless, I wouldn´t be surprised if the Islanders manage to get a win since they are coming into this game off the back of a win.

My pick: The Edmonton Oilers Moneyline bet of +100 at Betsafe.

The Stanley Cup winners seem to be moving from strength to strength. Having lost only once in their last 8 games, the Avs are now in second place in the Central Division together with the Stars and Jets, who are also having a fantastic season. I believe that if they continue playing like this, they will win the division.

The Canucks on the other hand, are in 7th place in the Pacific Division and have more losses than wins. They are coming into this game off a defeat against the Golden Knights and It will be interesting to watch how they react.

This will be the first time that both teams will play against each other this season, so I`m very excited to see what is going to happen. Of course, I think that Colorado is going to win this game, they are very confident right now and it´s going to be very hard for the Vancouver Canucks to stop them.

My pick: The Colorado Avalanche Moneyline bet of -217 with Betsafe.

This was my NHL Picks article where I covered Montreal v Columbus, Toronto v NJ, Edmonton v Islanders, and Vancouver v Colorado. You can check our online sportsbook reviews so you can get all the details about Canadian sportsbooks. Have a look at SNNOW to watch all NHL games.