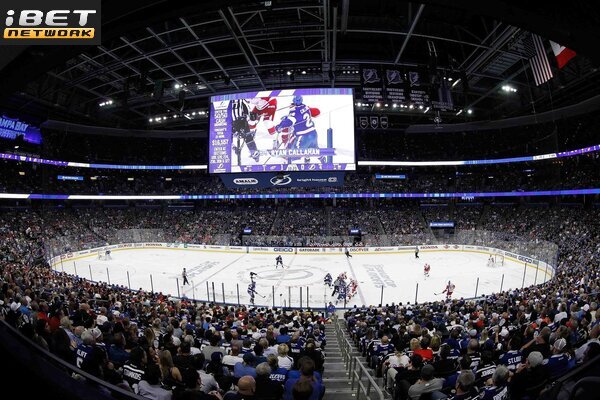 Yesterday was another thrilling day of NHL action, and while I was disappointed to see the Penguins fall to the Senators, I was happy to witness the Sharks secure a victory against the Stars, something that few were expecting. In this NHL Picks: Panthers vs Canadiens, Jets vs Maple Leafs, Lightning vs Oiler’s article I will try to give you the best odds and all the information about those teams.

Tonight, the Panthers and Canadiens will square off for the second time this season, with the Panthers having emerged victorious in their previous encounter in December. The Panthers are currently fourth in the Atlantic division, boasting a record of 21 wins and 20 losses. Despite a recent 5-4 loss to Toronto, Florida has maintained a respectable average of 3.28 goals per game. However, their defence has been a point of concern, allowing an average of 3.41 goals per game. Matthew Tkachuk has been a standout player for the Panthers, leading the team in scoring with 22 goals and 34 assists.

On the other hand, the Montreal Canadiens have been struggling in the Atlantic division, sitting at the bottom with a record of 19 wins and 23 losses. Despite this, they come into this game on a high, having won their previous two matches, including a 4-1 victory over Winnipeg. The Canadiens have also been performing well at home, winning three of their last four games and scoring 13 goals in their last four home games. Offensively, they have been averaging 2.58 goals per game, but their defence has been a weakness, giving up an average of 3.62 goals per game. Cole Caufield has been the Canadiens leading scorer with 26 goals and 10 assists.

Is always hard to predict the outcome of this match, however, I think I have to go with the Canadiens as they are currently playing well.

My pick: The Montreal Canadiens with a moneyline bet of +1.5 at (-120) PowerPlay Sports.

The matchup between the Jets and Maple Leafs promises to be a highly-anticipated and captivating contest, one that I eagerly anticipate. The Jets, currently occupying the top spot in the Central division with a record of 29 wins and 15 losses, will be looking to rebound from a recent defeat against the Canadiens. This will be the second time these two teams will face each other this season, with Toronto having emerged victorious in their previous encounter in October. The Jets have been in impressive form, winning eight of their last 10 games and boasting a formidable offence that averages 3.29 goals per game. Their defence has also been a strength, allowing a mere 2.62 goals per game. Mark Scheifele has been a standout player for the Jets, leading the team in scoring with 26 goals this season.

The Maple Leafs have also been having a stellar season, with their offence leading the way and averaging 3.38 goals per game, and allowing only 2.67 goals per game. William Nylander has been the Maple Leafs leading scorer with 24 goals and 26 assists.

It’s difficult to predict the outcome of this matchup between two of the NHL’s elite teams, but in my opinion, the Maple Leafs may have the edge in this one.

If you’re looking for a high-stakes and exciting matchup, look no further than the game between the Oilers and Lightning. These two teams will face each other for the second time this season, with the Oilers having emerged victorious in their previous meeting in November. The Lightning has been a formidable force this season, sitting in third place in the Atlantic division with a record of 29 wins and 13 losses. They have been particularly potent on offence, averaging 3.60 goals per game and boasting standout players such as Brayden Point, who leads the team with 26 goals, and Nikita Kucherov, who has a league-leading 46 assists. Additionally, their defence has also been strong, allowing an average of 2.88 goals per game.

On the other hand, the Oilers are in fourth place in the Pacific division with a record of 25 wins and 18 losses. They too have been excelling on offence, averaging 3.67 goals per game, with the incomparable Connor McDavid leading the league with 38 goals and 46 assists. Although the offense has been solid, the defence has been a weakness for the Oilers, allowing an average of 3.26 goals per game.

This game between two high-performing teams promises to be an exciting and closely-fought contest. If I had to choose I think I would have to go with the Oilers to win this match.

This was my NHL Picks: Panthers vs Canadiens, Jets vs Maple Leafs, Lightning vs Oilers. You can check our online sportsbook reviews so you can get all the details about Canadian sportsbooks. Have a look at SNNOW to watch all NHL games.