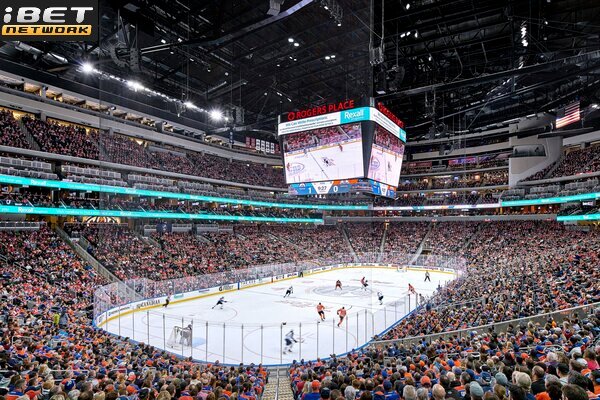 Yesterday, there was a mix of surprising and underwhelming games. I was pleasantly surprised by the Penguins’ victory over the Ducks, as they had been struggling in recent contests. However, I had higher expectations for the Senators, as they have struggled with consistency in their previous matches. In this NHL Picks: Panthers vs Maple Leafs, Jets vs Canadiens, Kraken vs Oilers article will try to give you the best odds and all the information about those teams.

The Panthers and Maple Leafs will face off for the first time this season, with the Panthers having won their last two games and currently sitting 4th in the Atlantic division. The Maple Leafs, however, are coming off two losses and will aim to regain their spot at the top of the division as they stand in second place in the same division as the Panthers. Florida tens to score 3.43 points per game (23rd in the NHL), with a scoring average of 3.25 (13th in the NHL). Matthew Tkachuk is their leading goal scorer with 22. Toronto, on the other hand, has a goals-against average of 2.61 (4th in the NHL) and tends to score 3.34 points per game (10th in the NHL). William Nylander is their leading goal scorer with 22.

Despite the Maple Leafs’ recent setbacks, with two consecutive losses, the Panthers have had a difficult time in recent games against teams with a winning record, particularly when playing away. They have lost six out of their last seven such games. Based on this, I anticipate that the Maple Leafs will come out victorious in this matchup.

My pick: The Toronto Maple Leafs with a moneyline bet of -175 at PowerPlay Sports.

The Canadiens and Jets will face off tonight in a rematch of their November game, which the Jets won. The Jets are currently at the top of the central division with a record of 29 wins and 14 losses, coming off a recent victory. They’ve been successful thanks to their strong offence, scoring an average of 3.34 goals per game, and their defence, allowing only 2.59 goals per game.

On the other hand, the Canadiens are at the bottom of the Atlantic division with a record of 18 wins and 23 losses and are coming off a win against the Rangers. They’ve struggled this season, with their offence scoring an average of 2.55 goals per game and their defence allowing an average of 3.68 goals per game.

The Jets are playing very well and even though they lost their last game, I can´t see them losing this one against one of the Canadiens, who are among the worst teams in the NHL this season.

The Seattle Krakens and Edmonton Oilers will meet for the third time this season, with both teams having previously secured victories on their respective home ice. The Krakens are currently in second place in the Pacific division, just behind the Golden Knights with a record of 26 wins and 13 losses, coming off a defeat against the Tampa Bay Lightning. The Krakens boast a formidable offensive force, ranking third in the league in goals scored per game with 3.76, despite being 17th in the league in goals against per game with 3.07. Matty Beniers, the Kraken’s top scorer, has amassed 17 goals and 19 assists this season.

The Oilers, despite a challenging campaign, have managed to secure three consecutive wins in their last matches and currently hold fourth place in the Pacific division. The Oilers’ offence has been led by the exceptional play of Conor McDavid, who currently leads the league in scoring with 37 goals and 46 assists. The Oiler’s defence, however, has struggled and they rank 20th in the league in goals against per game with 3.29 and 4th in goals for per game with 3.64.

The Edmonton Oilers have recently demonstrated exceptional form and there is a compelling argument to be made that they possess the necessary offensive prowess to secure a victory against the Seattle Krakens.

This was my NHL Picks: Panthers vs Maple Leafs, Jets vs Canadiens, Kraken vs Oilers. You can check our online sportsbook reviews so you can get all the details about Canadian sportsbooks. Have a look at SNNOW to watch all NHL games.