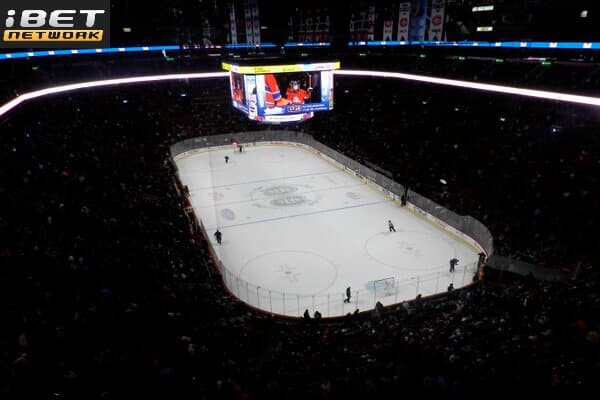 The NHL season is getting more exciting as Christmas approaches with the Boston Bruins being the best team in the NHL right now. In this article, I will analyze which teams have the best chances of winning these games in this NHL Picks: San Jose v Montreal, Colorado v Winnipeg, Florida v Calgary, and Washington v Vancouver post and provide you with a selection of the best odds for you to put any bets.

Following their loss to the Canucks in the Overtime period, the San Jose Sharks are coming to this game with a defeat. They now hold the seventh spot in the Pacific division with seven victories and thirteen losses, which is not good. On the other hand, the  Montreal Canadiens have won their last two games, yet despite this, they haven’t been in the same team for a while now. Since they are now in sixth place in the Atlantic Division, I don’t believe they will move up to third place anytime soon. Regarding this game, it will be interesting to observe how the Sharks respond to their most recent defeat in this match.

This is going to be the first time that both teams are going to play against each other this season and I have a strong feeling that the Montreal Canadiens will win this game comfortably.

My pick: The Montreal Canadiens Moneyline bet of -109 with Betsafe.

Colorado Avalanche against the Winnipeg Jets is probably one of the best games for this week.  I had the opportunity to watch the Jet’s last game against the Blackhawks where they won by 7-2. I have to say that I love the way that they are playing, and they are making a solid season so far. Having won 13 and lost 6 games, they stand in second place in the Central division, and I really think that they have what it takes to finish in the top 3 for sure.

Regarding the Stanley Cup champions, the Colorado Avalanche didn´t start the season so well, however, they are playing better right now and have won 4 of their last 5 games. They are coming to play this match after an amazing win against the Stars, who are in first place in the Central division. Having won 12 and lost 6, something tells me that this Colorado team can achieve big things if they keep their consistency going.

It´s always hard to predict the outcome between these two teams, especially when they are going through a very good moment. This will be the second time that these teams are going to play against each other this season. In the first match, the Jets won by 4-3, so I really think that they can do it once again.

My pick: The Winnipeg Jets Moneyline bet of +110 with BetDukes.

The Panthers and the Flames is another game that I don´t think any NHL fan will want to miss. Regarding the Panthers, I have to say that they tend to be very inconsistent a lot of the time, nevertheless, I was really surprised when they beat the Boston Bruins by 5-2, something that I really wasn´t expecting. At the time, they are in fifth place in the Atlantic division with 10 wins and 8 losses, they still need to play against the Oilers before they play against the Flames. The Flames are also in fifth place, but in the Pacific division with 9 wins and 9 losses, they are coming to play this game not very confident since they manage to lose their last 3 games.

This will be the second time that both teams will play against each other this season and in the first match, the Flames won the Panthers by 5-4, for this game I will have to go with them once again, not only because they already beat them before, but mainly because they will have more time to rest, something that can be crucial in this sport.

My pick: The Calgary Flames Moneyline bet of -154 with Betsafe.

The Washington Capitals in their last 7 games only won 2 so things aren´t going well. Being in the 6 place with 9 wins and 11 losses, this team has to improve a lot if they want to be in the top 3 of their division, something that I can´t see happening.

The Canucks have been playing very well in the past two weeks, they even manage to beat the Golden Knights by 5-1 and the Stanley cup winners by 5-4, so if there is a team that can always surprise everyone is this one. Even though they already lost 10 games and won 9, they have been playing better and improving a lot since the start of the season, the only problem with them is the consistency so it’s always hard to predict if they are going to win or lose.

This will be the second time that these teams are going to face each other this season. In the first game, the Canucks lost by 2 points difference, nevertheless, I have a feeling that this time the result may be different. I would go with the Canucks because I think that they are improving, at least from the games that I saw.

My pick: The Vancouver Canucks Moneyline bet of -123 with iBet.

This was my NHL Picks article where I covered San Jose v Montreal, Colorado v Winnipeg, Florida v Calgary, and Washington v Vancouver. You can check our online sportsbook reviews so you can get all the details about Canadian sportsbooks. Have a look at SNNOW to watch all NHL games.