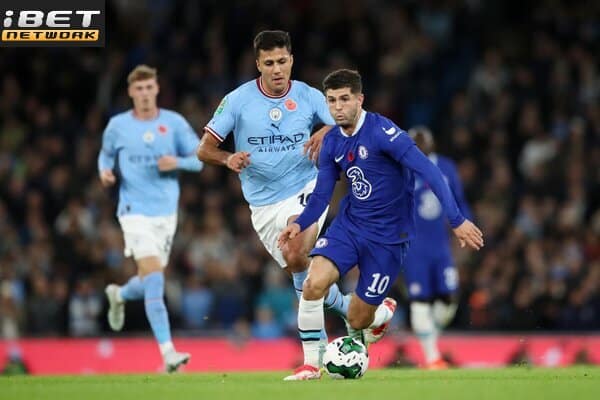 It´s been a while since the premier league was so exciting as it is this year. With Arsenal at the top of the table, it seems that City is struggling to catch up with them as they stand in second place with a difference of 8 points. In this Soccer Picks: Chelsea vs Manchester City article I will try to give you all the information that you need to know about these teams and a selection of the best odds so you can place smart bets.

Things are not going well for Chelsea this year, as we all know. Even though they bought new players like Marc Cucurella, Wesley Fofana, Kalidou Koulibaly and Aubameyang. This team has not been the same as the one who won the Champions League in 2021. After sacking Thomas Tuchel, they got even worse. I think that they sold too many crucial players that should have stayed, players like Antonio Rudiger, Andreas Christensen, and Timo Werner should not have left. If their current form continues, they will not even qualify for European football next year.

Chelsea is currently in 10th place with 7 wins and 4 losses, and I don´t see them finishing in the top 5.

At this time, everyone thought Man City would be at the top of the division and walking their way to the championship. However, it seems that for the first time, people are starting to think that they might not win the Premier League 3 times in a row. Halland has been impressive this season, but his presence seems to make the team play slightly differently. Even though they lost Gabriel Jesus and Oleksandr Zinchenko, City is playing as well as they were last season. For this game, Ruben Dias and Laporte are not available.

In order to keep Arsenal from slipping away, Manchester City, which is currently in second place, needs to win this game.

The last time Chelsea beat City was in the Champions League.

This will be the first time these two teams will play against each other this season. However, Chelsea and City played in the EFL Cup and City won the game 2-0.

Both teams are coming into this game after a draw. But I think Man City will win this one as they are playing way better than Chelsea. Not only that but Chelsea has a lot of injured players as I previously stated, so I do not think Chelsea can win this one.

My Pick: Manchester City to win this match (-172) at BetDukes.

Chelsea has won only once in their last seven games in the Premier League and their performances remain flat. Man City and Guardiola will go back to basics to make sure they win this game by any means necessary and do not lose sight of Arsenal.

And this ends my Soccer Picks: Chelsea vs Manchester City. If you want to put bets on the sports you enjoy, you can always check our online sportsbook reviews to find the top sports betting sites and bonuses.