Top 10 NFL teams of all time 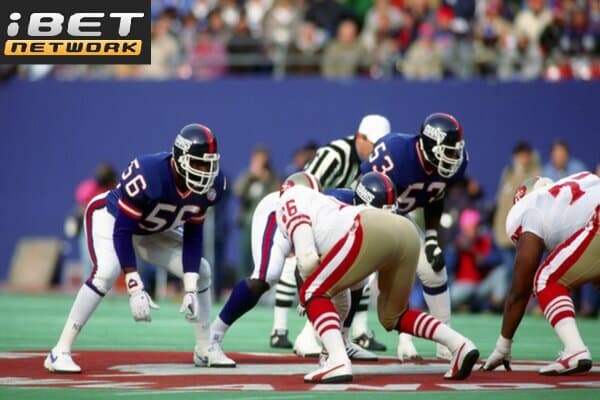 The NFL has provided amazing moments for all the fans across the world over the years. In this article, we will give you our thoughts about the top 10 NFL teams that not only made history but also changed the sport forever.

If you are interested in placing any bets on this week’s upcoming NFL games, check out our sports betting page.

Maybe the new fans and the younger people do not know anything about the 1962 NFL season. It was a long time ago, but if you are a huge fan of NFL history, you probably already heard how good the Green Bay Packers were at that time. With a record of 13-1 and with players like Jim Taylor, Vince Lombardi, Ray Nitschke, Willie Davis and many others, this team only lost once against the Lions. They went on to win the Super Bowl with amazing performances.

Another team that probably most of the fans do not remember was the Baltimore Colts of the 1968 season. With another almost perfect season record of 13-1, they won the Western Conference’s Coastal division. Unfortunately, they could not beat The New York Jets at Super Bowl III. They were an electric team with a free-flowing style and they scored a lot, with quarterback Earl Morrall finishing with the most touchdown passes that season.

The 1992 Dallas Cowboys were an amazing team that was the youngest team in the NFL and had the number one ranked defence in the league. With players like Troy Aikman, Emmitt Smith and Michael Irvin, they only suffered three defeats throughout the season. They won Super Bowl XXVII against the Buffalo Bills with an emphatic 52-17 scoreline.

For some fans, the Washington Redskins in 1991 were one of the most underrated teams in NFL history. The team finished the season with a record of 14-2. This team won Super Bowl XXVI on January 26th, by beating the Buffalo Bills.

The Redskins finished the season having scored the highest amount of points.

None of their achievements would be possible without coach Joe Gibbs and with the leadership of QB Mark Rypien.

This team could have been the best of all time if only they had gone on to win the Super Bowl. With Tom Brady, who is considered by many as the Goat, they finished the regular season without losing a game, with a perfect 16-0 record. If they had won Super Bowl XLII they would have finished with a perfect 19-0 combined record. They are probably the best team to not win a Super Bowl.

The Pittsburgh Steelers are well known for their enthusiastic fans and for their amazing history. If there is a team that deserves to be on this list it’s without a doubt the 1978 Pittsburgh Steelers. They finished the regular season with a record of 14-2 and went on to become champions when they beat the Dallas Cowboys at Super Bowl XIII. Many people regard them as one of the best defensive teams of all time. They were also the first team in NFL history to win three Super Bowl titles.

This was only possible with the help of players like Jack Lambert, LC Greenwood, Jack Ham, Donnie Shell, and Mel Blount.

For some, the Chicago Bears are the greatest team of all time. With a very solid defence, they only allowed an average of 12.4 points per game. They finished the regular season with a 15-1 record, their only defeat coming against the Miami Dolphins. They then went on to Super Bowl XX and completely demolished the Patriots 46-10. This was a record number of points scored during a Super Bowl and also the largest margin of victory in a Super Bowl at the time.

The San Francisco 49ers are arguably one of the best teams that NFL fans have ever seen. Finishing with a record of 15-1, this team went on to win Super Bowl XIX against the very strong Miami Dolphins. At the time, the 15-1 record made the 49ers the first team to win 15 games during a regular season. QB Joe Montana finished the season as Super Bowl MVP and many consider this to be his best year.

In the first place, we couldn’t have a better team than the Miami Dolphins of 1972. They are the only team to ever complete a perfect season in NFL history, finishing the regular season with a 14-0 record, winning every playoff game, and then going on to win Super Bowl VII. They beat the Washington Redskins 14-7. Not only did the Dolphins have a perfect record, but they also finished the season leading the league in total offence, total defence, scoring offence, and scoring defence.

That was our top 10 best NFL teams of all time, what’s your opinion? make sure to visit the site often to get our NFL Picks each week.