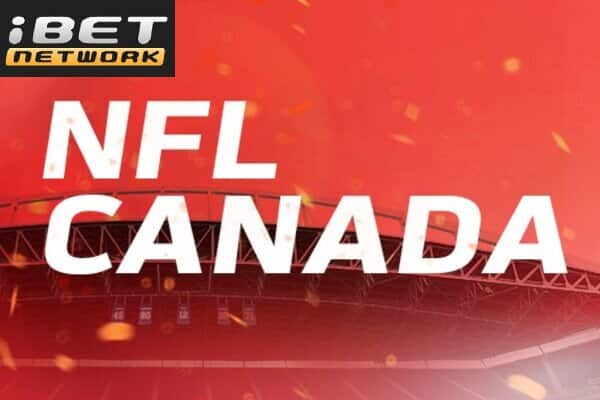 Over the years the NFL has seen a great amount of amazing Canadian players that have left their footprint on the game. In this article, we are going to look at some of the best Canadian athletes that played in the NFL and give a little bit of information about each one so you can see what made them so special.

You can check our sportsbook bonuses to find the best sports betting bonuses in Canada.

If you are a new NFL player, you probably will not remember how good Bronko Nagurski was. Playing for the Chicago Bears, Nagurski played 9 seasons and won the NFL championship 3 times in 1932, 1933 and 1943. Not only he was an exceptional fullback but he was very strong and more versatile than the other players that used to play at that time.

He is only one of two Canadians that are inducted into the NFL Hall of fame.

If it wasn’t for the concussions, Collie could have been even greater than he was. The wide receiver was drafted by the Indianapolis Colts in the fourth round in the 2009 Draft. In 2010 he suffered two concussion-related injuries and had a shortened season. He played for a short time with the New England Patriots, one of the best teams in NFL history, but was never able to reach his previous heights. He then spent a year playing in the CFL but sadly he had to retire when he was just 30 years old, playing 5 seasons in the NFL and 1 in the CFL. Although he never reached his full potential, he deserves to be on this list for his ferocious attitude and dedication toward the game.

Another player that needs to be on this list is without a doubt, L. P. Ladouceur.  The Canadian player that played for the Dallas Cowboys and spent 16 straight seasons without missing any game holds the record for the most consecutive games playing in his position, something that no other player had done before. He is considered one of the most consistent players in NFL history and as a Long snapper has never once botched a snap in his entire career.

One of the best Canadian players that ever played in the NFL is without a doubt Shaun Suisham. He is one of the greatest placekickers of the sport as well. He had a varied career, playing for the San Francisco 49ers, Washington Redskins Dallas Cowboys, and Pittsburgh Steelers. In 2014 he scored a 53-yarder which was the best in his career.

Despite being born in Jamaica, Orlando Franklin was raised in Toronto. From a very young age, he showed that he had what it takes to be a great player. Playing for the Denver Broncos, San Diego Charges, New Orleans Saints and Washington Redskins he always showed to be the kind of player that every coach wants to have in their team. At the moment he has retired from American football.

Every person from Vancouver that loves American football will never forget how good Rob Meier was in his prime. Playing for the Jacksonville Jaguars from 2000 to 2009, Meier missed only 6 games. From that period he had a total of 173 tackles and 21.5 sacks.

Probably the youngest NFL fans don’t remember who Eddie Murray was, but everyone who knows a little bit of NFL history will know Eddie Murray. Playing in many great teams like Dallas Cowboys, Washington Redskins, Kansas City and many others, he is most remembered for playing with the Detroit Lions from 1980 to 1991 where he became notorious for his kicking and consistency.

Besides winning one Super Bowl with the Dallas Cowboys he has the record for scoring twelve consecutive field goals.

Atogwe is without a doubt one of the best players that played in the free safety position in the modern NFL. Playing for teams like the St. Louis Rams (2005–2010), Washington Redskins (2011) and the Philadelphia Eagles (2012). Atogwe left a mark on all the teams he has played with, especially the Rams. Having more than 450 tackles in his career and 25 interceptions, Atogwe is remembered as being one of the best Canadian defensive players.

Another amazing player is Luke Willson. The Canadian athlete who played for Seattle Seahawks, the Detroit Lions, the Oakland Raiders, and the Baltimore Ravens. He won Super Bowl XLVIII with Seattle in the 2013 season. At the time he was considered to be the second most valuable rookie tight end in the NFL. Unfortunately, Willson retired in 2021 with an unnamed heart condition.

Nate Burleson, now a television host, was a Canadian player born in Alberta who played for teams like Minnesota Vikings (2003–2005), Seattle Seahawks (2006–2009), Detroit Lions (2010–2013) and Cleveland Browns before he retired. His best year was in 2004 when he had an amazing season with Seattle becoming one of the most important players in that season. Burleson still has the Seahawk team record for most punt return yards in a single season as well as career punt return yards.

And these were my selections for Top Canadian NFL players of all time. What do you think? Be sure to also check our online sports betting site reviews so you can find which ones you like the most.