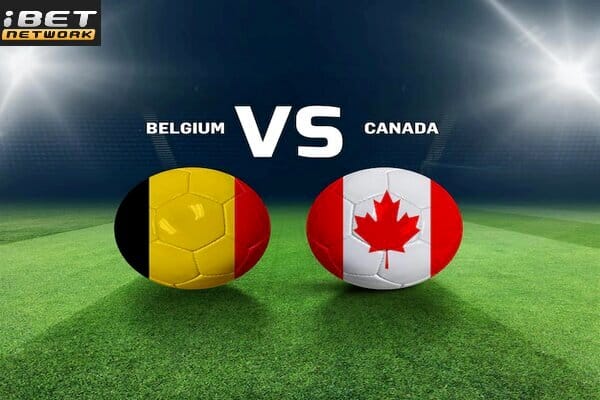 Yesterday, the opening of the World Cup 2022 in Qatar started with the hosts losing against Ecuador, 2-0. On Wednesday, 23 November, Canada will play its opening match against Belgium. Belgium is one of the best teams in the world, ranked in second place. I’m sure that all Canadians are very excited to see their team playing at this amazing event. Below, you will be able to see my World Cup prediction for Belgium vs Canada and a selection of the best odds so you can place a bet on the game.

The Canadian men’s soccer team has been improving over the years, with a collection of great players and helping to spread soccer sport culture around the country. One of the highest-rated players is Alphonso Davies who plays for the German team Bayern Munich. He is arguably the best player on that team. They also have Jonathan David who plays with Lille as a forward and Cyle Larin who plays for Club Brugge.

From the games that I watched I can say that they have a very pragmatic style of playing. They also tend to be very well organized, something that I really like. In their most recent international friendly game against Japan, they won 2-1. I was quite impressed with the team in this game, as they managed to control the game and didn’t let the Japanese players have any space to create dangerous plays.

This Belgium team has always had outstanding players, but this crop is considered to be their Golden Generation. They also have a lot of potential and creativity that very few teams have. From Kevin De Bruyne, Eden Hazard, Tielemans, Courtois, Carrasco, and Witsel. All of these are just a few examples of the quality that this team has. However, they are also constant underachievers even though they have such a high ranking, they have never won anything of note.

Being in second place on the Fifa ranking, they are among the top 7 favourites to win this tournament. They tend to play very creative football with Kevin De Bruyne playing those long passes and Romelu Lukaku playing as a Pivo, which can be very dangerous in the attack. However, when it comes to their defensive line, they aren´t very good, to be honest. I think that their best defender is Vertonghen at 35 years of age. Apart from that, their defence is a real problem.

I have to say that I`m very excited to watch this game and I really think that Canada can do some damage if they play as they did against Japan. Other than that, it is very hard to beat a team like Belgium. Nevertheless, I saw them playing against Egypt where they played with some of their best players, and lost by 2-1. After watching that game, I really think that Canada can do some mess if things go on their way. If they also take into account that Romelu Lukaku is not playing that could be another advantage for Canada. Of course, if I had to choose one team I would go with Belgium for this game.

My Pick: Belgium to win this game with Kevin De Bruyne scoring the first goal (+590) at BetDukes.

And this ends my World Cup Prediction for the game Belgium vs Canada. If you want to put bets on the sports you enjoy, you can always check our online sportsbook reviews to find the top sports betting sites and bonuses.